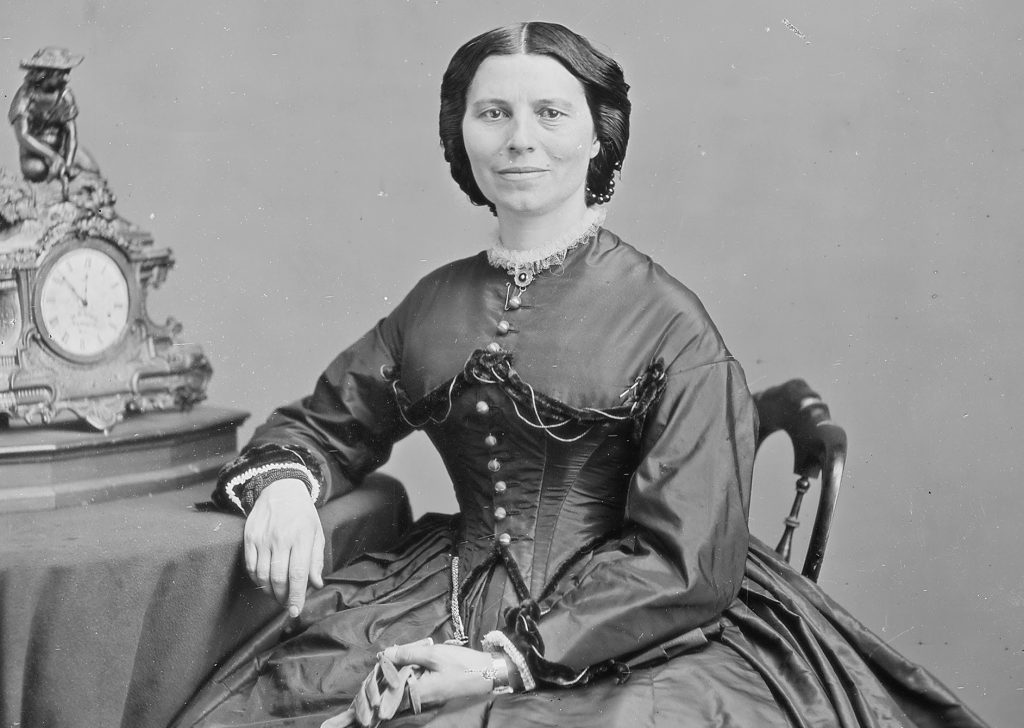 Who is Clara Barton?

Clara Barton was born in Oxford, Massachusetts, December 25, 1821, and educated at home mostly by her two brothers and sisters. She was a teacher at first and a founder of various free schools in New Jersey. In 1854, she became a clerk in the Patent Office in Washington, D.C. but resigned at the start of the American Civil War to work as a volunteer distributing supplies for hurt soldiers.

After the war, she supervised the search for missing soldiers. Between 1869 and 1873, Barton lived in Europe where she helped establish hospitals during the Franco-Prussian War and was honored with the Iron Cross of Germany.

Through Barton’s effort the American Red Cross Society was formed in 1881. She served as the first president of the organization until 1904. In 1884, she represented the United States at the Red Cross Conference and at the International Peace Convention in Geneva.